Last summer Taro and I were travelling with another friend around Japan with a JR Rail Pass. We were staying in Hiroshima and were heading East to Tokyo, moving North up Honshu. On the way, however, we decided that we needed to visit Osaka. Unfortunately this was two hours in the opposite direction to the one which we were heading. With limited time on our hands (but an unlimited travel pass which we wanted to make the most of), we caught a ride on the shinkansen down to Osaka for lunch. Specifically, for okonomiyaki. Absurd? Yes. Worth it? Oh boy, yes and yes again.

I’m not even kidding when I say that still have dreams about this meal. Okonomiyaki is a classic Japanese street food dish, sometimes called a “Japanese omelette”. It was absolutely one of the most delicious things I have ever eaten. We arrived at Osaka, asked at the information desk for a recommendation for lunch and we were directed under various bridges to a small, discrete restaurant behind the station. There was a queue of locals, so we knew that this was a good sign. After a little wait, we were inside and watching our orders being cooked by a line of macho Japanese chefs. It was a thrill.

Back in Oxford, Taro and I were faced with the task of feeding a group of Japanese friends at a party. We put okonomiyaki on a list with other suggested meals and that’s what everyone voted for. Apart from the Bulldog sauce, which you can get from an Asian supermarket, the ingredients were simple to get, and it doesn’t require any special equipment to cook. If you’ve got a frying pan, you’re good to go.

We chopped and prepared all the ingredients (a lot of cabbage) before the guests arrived and then once they flooded in, it was time to take orders. To be honest with you, it got a bit stressful and heated in the kitchen. Cooking for 12+ people is not easy! Two other friends were working with us to deliver the food to our hungry friends. We quickly formed a production line, which got increasingly efficient as we went on. Testosterone was taking over the kitchen, so I quickly realised that it would be best to get out of the boys’ way! I welcomed everyone as they arrived and took the orders, playing the Japanese waitress role as best as I could (unfortunately without the little order-taking machine though), relayed it to the kitchen and wrote it on the order list on the fridge. We gave our guests options for toppings which included: dried prawns, cheese, bacon, and sausage. One chef was in charge of arranging the toppings for the orders, and then the other two were in charge of the frying and flipping. Once this process was complete, I would take the okonomiyaki, cover it in seaweed flakes, katsuobushi, and two types of sauces. All done! Out to the party guests to devour.

The recipe worked and was really good, although it was difficult to get absolutely perfect whilst also coping with lots of orders. I think more sauce is needed next time. The response was good though! Our friends were grateful for a taste of Kansai. I can’t say that it was as good as Osaka’s okonomiyaki (to be honest I think that this is unachievable in the UK) but it was a good start. We will keep working on our okonomiyaki skills and perfect the dish.

One thought on “From Osaka to Oxford: Okonomiyaki” 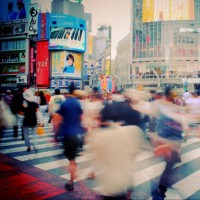